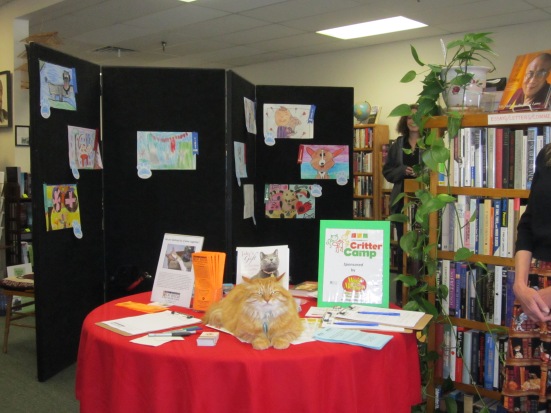 Exciting event at The Eclectic Reader today:  PR-1 School System “Be Kind to Animals” Art Contest awards were presented by The Larimer Humane Society and the Fort Collins Cat Rescue and Spay-Neuter Clinic.   Monty positioned himself at the front table to be sure no one would miss him and greeted people as they came in.  Though he appears disgruntled in this photo, he was not.  A “party” with 60 people?  No problem.   He did not even think of taking his morning nap with all the activity going on.  There was even a guest appearance by Jake, the mascot of the FCCRSNC.  I will post pictures later of the two cats greeting each other.  Monty was his usual mellow cat self and proceeded to lick Jake.  Jake was interested in Monty’s cat food and Monty preferred Jake’s cat treats to his own. The kids who came to the awards were able to pet a cat from each organization.   A fine reward for excellent work!

Many thanks to the Larimer Humane Society for making it possible for me to adopt the remarkable Monty. 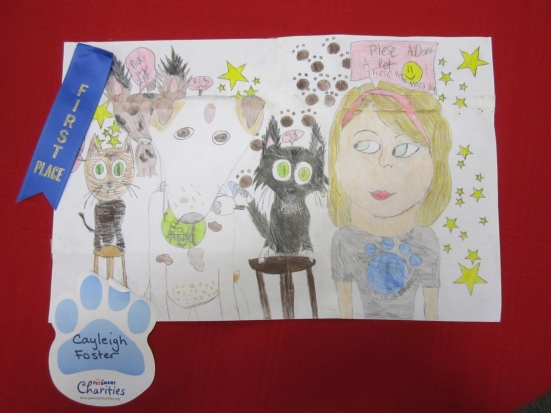 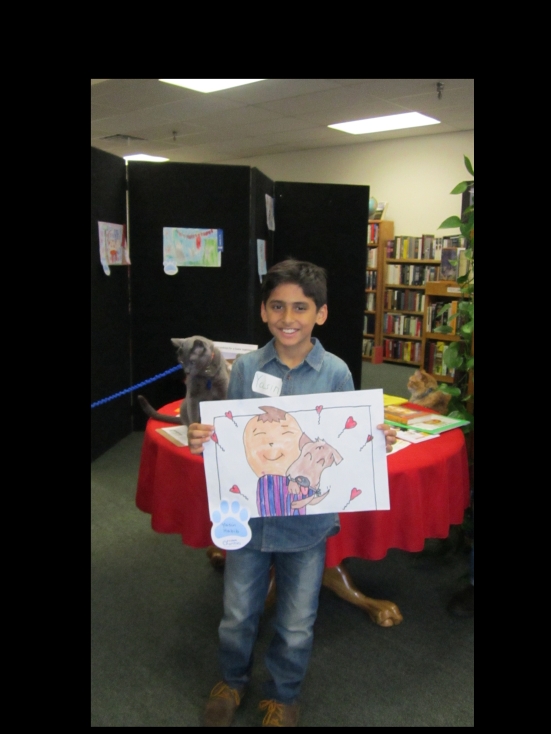 One thought on “Part V: A Week in the Life of a Bookstore Cat” 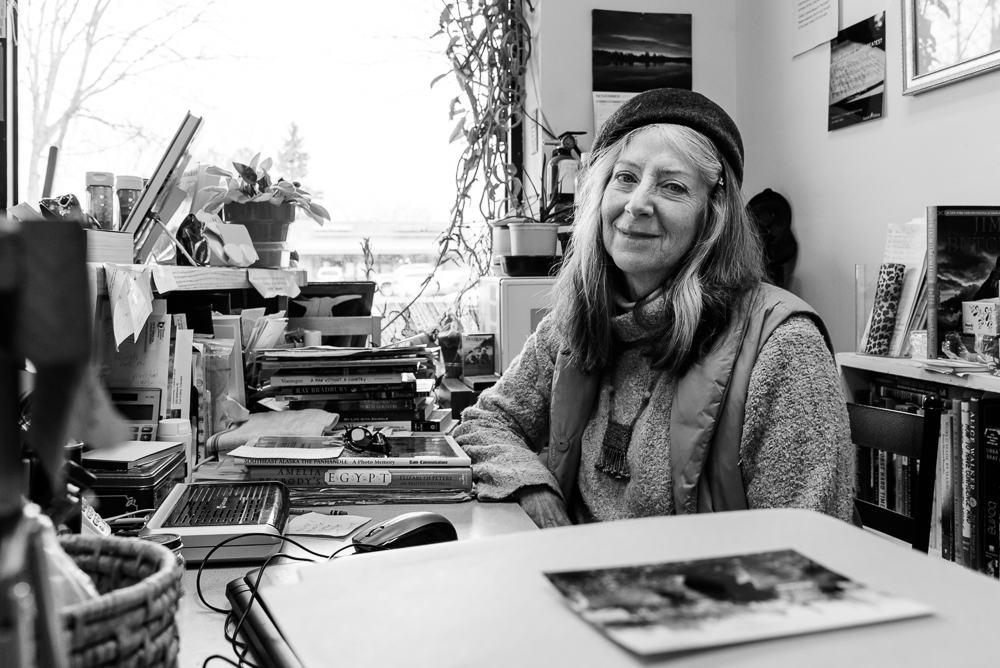 Nina-cat has replaced Monty-cat, who may come in for occasional visits, which will be announced.